Tricky Tracks is the 138th episode in Candy Crush Saga and the third episode of World 28 (HTML5). This episode was released on 12 October 2016. The champion title for this episode is Pumpkin Pilot.

Casey's pumpkin cart had broken down. Tiffi replaces the pumpkin's broken wheel with a gumdrop square to make the cart start working again.

Tricky Tracks is a somewhat hard episode with a mean of 4.27. It contains two very hard levels: 2054 and 2057, three extremely hard levels: 2048, 2050, and 2059, and one nearly impossible level: 2047. Owing to some easy levels, this episode is MUCH easier than the previous episode, Cavity Cave, due to the relatively high difficulty in said episode. 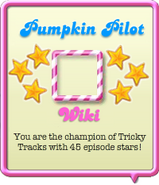 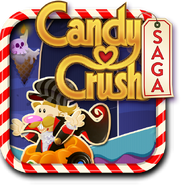 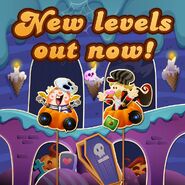 After the release poster (mobile version)