Twilight Egg was the 6th episode in Dreamworld and the sixth and final episode of World 1 of Dreamworld. This episode was released on 23 January 2014. It was the Dreamworld equivalent to the Reality episode Easter Bunny Hills.

Benny is dressed up as a superhero and is swinging above the chocolate pool. 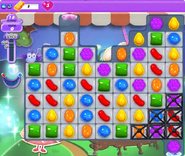 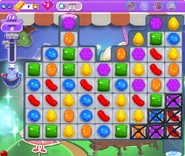 Retrieved from "https://candycrush.fandom.com/wiki/Twilight_Egg?oldid=1595049"
Community content is available under CC-BY-SA unless otherwise noted.