UFO is a booster in Candy Crush Saga that is used in all levels. It is unlocked at level 21. Each time you buy it costs 20 gold bars. Using this booster will summon a UFO that puts 3 wrapped candies on the board (typically near blockers, jellies, or under ingredients) and sets them off. 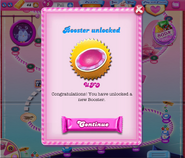 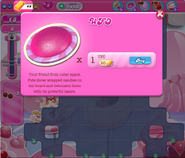 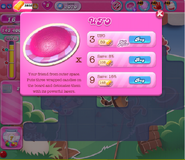 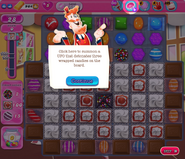 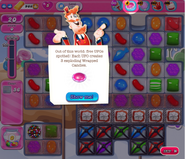 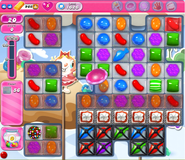 UFO booster unlocked (mobile)
Add a photo to this gallery
Retrieved from "https://candycrush.fandom.com/wiki/UFO_(booster)?oldid=1568635"
Community content is available under CC-BY-SA unless otherwise noted.