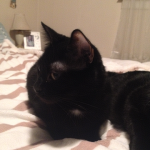 aka Fonda, the cat that is next to this...ok

Hello <insert name here> ! I don't exist anymore. Why are you even checking this profile? How did you even get here?

Start of the profile journeyEdit

I am idk on the active meter yet

169: This level was a complete nightmare for me!! GRR!

207: This level SSSSUCKED!! I hated this soo much.

285: This level is just crazy... like what the heck is wrong with these fish?

312: This level took me WAY longer than it should have.

I will continue this later... I hope.

I ran out of room, so I made a new table. Lets see how far it goes.

Well that was that

Retrieved from "https://candycrush.fandom.com/wiki/User:BestBtd4Player?oldid=1347041"
Community content is available under CC-BY-SA unless otherwise noted.