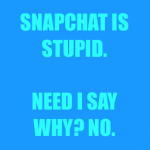 I will edit when needed, such as correcting typos here and there. I also think level 181 is easier than 361.

Completed Dreamworld, whatever that template is. Blah.

The Battle of Level 567Edit

If you know me well enough, you know that Level 567 is my hate level. It all started from my luck with levels 562, 565, and 566. I thought my luck streak was going to only pick up, and I would steamroll through this level.

I was totally WRONG. Maybe this would be one of those Very Hard levels that I beat within 15 tries? Not quite steamrolling through this level, but enough to definitely say there's quite some difficulty. Within 15 tries? Nope. My rage began at attempt 20. I barely cleared ANY jelly because of the STUPID BOMBS! About a tenth of the time, chocolate took over the top of the board, and I rarely managed to break through that chocolate.

55 total attempts. I was raging with BOREDOM of this level. Two of the previous attempts had one jelly left. UGH!

70 attempts in total have passed. I felt like doing either a: throwing my phone out the window, or b: screaming in rage. I knocked some common sense into myself, so I picked choice B automatically. Another attempt had only one jelly left and GUESS WHAT? I would have won if I had ONE MORE BLEEPING MOVE! Because of my rage, I had to modify my difficulty meter on how difficult Insanely Hard is. I lowered the attempt count of IH from 100 to 75 because of this level.

The 89th attempt... I finally cleared EVERY JELLY WITH NO MOVES LEFT! After screaming in rage for over two weeks, the scream I let out was a scream of SHEER JOY! I plowed through the rest of Biscuit Bungalow (but was stuck on 573 for a very short while) and moved on to Gummy Gardens.

(These friends simply aren't in the Frozen cast, so this does not mean they're not as good as friends. If you believe I forgot you, please tell me since I probably forgot.)

Notice: If your name is not on the list, I probably forgot you. There's also something hidden within this list. Hint: Capital letters

Retrieved from "https://candycrush.fandom.com/wiki/User:Blackbird625?oldid=1247823"
Community content is available under CC-BY-SA unless otherwise noted.