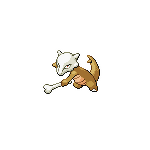 aka A Marowak Ghost

To tell you the truth, I also have no idea of what to write... XD

Retrieved from "https://candycrush.fandom.com/wiki/User:DaRKMaRoWaK?oldid=1025992"
Community content is available under CC-BY-SA unless otherwise noted.