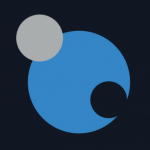 Hello world! So, you want to know a bit about me? Well, I am one of those unusual people who started playing Candy Crush because they edited the wiki, rather than editing the wiki because I played the game. I've been loitering on Wikia for over 2 years now, so I know a little about being part of a wiki community. My "home" wiki is Doctor Who Answers, where I am an admin, although I also admin both the Broadchurch Wiki (based on the ITV series staring David Tennant and Olivia Colman) and Answers Central (which was meant to be the Community Central equivalent for answers wikis, although that idea didn't seem to go very far). I also occasionally hang around the forums on Community Central, which was how I was directed to this place. I know about templates and CSS and stuff, but the thing I like doing best is interacting with the community on wikis while trying to make them the best place possible to edit at, even if I don't personally do much mainspace editing. A lot of my editing here has been on templates such as the levels navbox (which I designed with Liquoritz) and the new infoboxes (set to be released in the next few days). To see anything I've been working on recently or otherwise, check out either my sandbox or my test wiki.

On Candy Crush Saga, as of writing this, I am playing around the low 700s in reality (Level 710 to be exact at this moment) and on Level 237/Dreamworld. I play pretty much exclusively on my phone. I hate the pressure of times levels, and am not a huge fan of orders levels, but like all other level types equally well. I usually play with the sound off because that's what I'm used to (I rarely have the sound turned on on my phone) but do occasionally plug the headphones in because, well, the music's good (even if it is very repetitive).

A little about me more personally. Well, for starters, Imamadmad isn't my real name, although it's a name I often go by online. I'm from Australia, so if I don't reply to any messages immediately, it's probably because it was sent at the equivalent of 3am my time and so I'm busy sleeping. I also go by she instead of he. I consider myself a reasonable person and always try and approach difficult situations with a clear and rational mind. If you need someone to mediate an argument, well, let's just say I've had practice. If you need to contact me for any reason, I will be happy to reply. Just leave me a message on my message wall and I'll get back to you ASAP.

Retrieved from "https://candycrush.fandom.com/wiki/User:Imamadmad?oldid=845959"
Community content is available under CC-BY-SA unless otherwise noted.