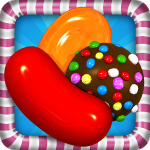 I will be using this account on CCSW from now on 95% of the time.

For those new to this Wikia, first, welcome :)

I founded the Wikia on December 22 2012. I started playing Candy Crush Saga on August 19 2012, when there were just 170 levels.  As of Fall 2015, though, I became inactive due to life and losing interest in Candy Crush Saga itself. But let it be known I do still occasionally check back here to respond to messages and just see how everyone is doing.

Some of my old memories here (long-time fan nostalgia)

Retrieved from "https://candycrush.fandom.com/wiki/User:Lefty8899?oldid=1354889"
Community content is available under CC-BY-SA unless otherwise noted.