Wafer Wharf is the 10th episode in Candy Crush Saga and the fifth and final episode of World 2 (HTML5). This episode was released on 12 July 2012. The champion title for this episode is Captain Wafer.

Before episode:
Tiffi meets Olivia with a broken submarine (which she calls "Octoboat").
After episode:
Tiffi fixes the hole in the Olivia's submarine by placing a patch of bubblegum over it. Olivia then cheers, "Hurray for bubblegum!".

Wafer Wharf is an easy episode, with a mean of 2.4. Only level 137 can be tricky and is the only in the episode to be rated medium. Overall, this episode is much easier than the previous episode, Peppermint Palace. 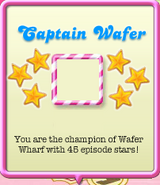 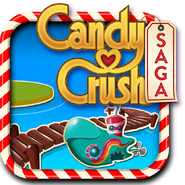 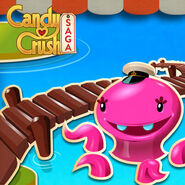 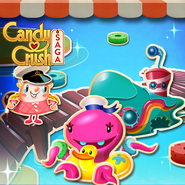 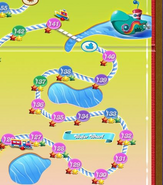